Published in the July 2016 “Teen Issue” of eBella Magazine.

As parents, grandparents, teachers or mentors who have a positive, influential role in the lives of children and adolescents, we often worry if they might be using alcohol and drugs. The best defense against substance use is to promote understanding, awareness and open dialogue with the children we know and love.

Youth are now starting to try drugs and alcohol as early as 4th grade. The younger kids are when they start experimenting with tobacco, alcohol and drugs, the greater the chance they will become addicted. Youth who begin drinking before age 15 are five times more likely to become alcoholic than those who begin drinking at age 21. Considering that it can take an average of two years for parents to discover a child’s substance use, our best strategy is to prevent or at least delay youth from starting in the first place.

A Local Look
Collier County youth are primarily abusing alcohol, marijuana, tobacco and prescription drugs more frequently than illicit street drugs or synthetic drugs. The majority of youth in treatment for substance use at the David Lawrence Centers are referred as a result of either family, legal or school problems related to marijuana use. Alcohol problems continues to be a close second behind marijuana, with about 20% of Collier County high school drinkers reporting that they black out or binge drink (consume five or more drinks on one occasion) within the past 30 days. This local percentage is higher than the overall state average.

The ease of access to prescription drugs such as anti-anxiety medications (Xanax), stimulants (Adderall, Ritalin), pain killers (Percocet, etc.) or cough medicine, combined with a false perception of safety associated with these substances, contribute to the frequency of these drugs also being abused by teens today. More than 70% of teens who abuse prescription painkillers say they get them from family and friends.

Dangers of Teen Drug Abuse
The pleasure centers of a teen’s brain develop faster than the parts of the brain responsible for decision-making and risk-benefit analysis.  Teenagers believe they will not get addicted, that they can control their substance use and that they won’t get caught. They are often confused by the legalization discussions around marijuana and believe it is not harmful or addictive.  It is easier for teens to identify the harm and risks associated with cocaine, hallucinogens, ecstasy and methamphetamines, but most teens minimize the harm and risks of marijuana, alcohol and tobacco.

The reality is that using alcohol and drugs can impact an adolescent’s brain and overall development, even permanently. Teen substance use can lead to risky behaviors such as impaired driving and sexual activity. The negative consequences of substance use can be serious and life-threatening.

Helping our kids engage in healthy activities, as well as ensuring that they develop good coping strategies when stressed, can play an important role in preventing teen experimentation with substances. Also, modeling appropriate behavior and good choices will reinforce for our children how they should act.

For more information, about teen drug and alcohol abuse, contact the David Lawrence Centers Admissions Department at (239) 491-7602 or visit DrugFreeCollier.org.

How to Provide Support and Address Concerns

Written by: Jessica Liria M.S., Community Outreach Specialist Recognizing the signs that someone is experiencing challenges with a mental health concern is part of what can be, a complicated...

By: Ashley Valvano Per CDC reports, more than 107,000 Americans died from overdoses in the last year. Narcan (Naloxone) is a potentially life-saving medication designed to help reverse the effects... 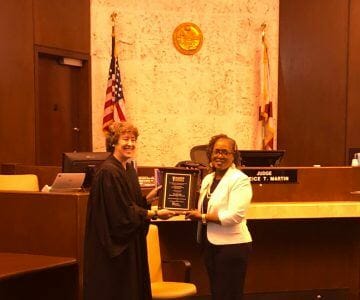